The Hunt for Rare Cannabinoids and Their Function

During this webinar we will discuss: 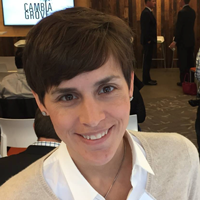