Complete the form below and we will email you a PDF version of "Vaping CBD Doesn’t Impair Driving Ability, Study Finds"

Photo courtesy of the University of Sydney.

From the clinical trials that have investigated CBD’s effects on epilepsy, it is clear that fatigue and drowsiness are two common side-effects. Naturally then, it is crucial to evaluate whether CBD use might pose any kind of risk to people getting behind the wheel.

And in a new study, published today in the Journal of the American Medical Association, researchers have assessed just that.

According to their findings, the likelihood of a driver becoming impaired increases if they vape cannabis with moderate-to-high THC levels. CBD-dominant vape products, however, do not appear to impair driving at all.

On the road again

The researchers, from the University of Sydney, Australia, and Maastricht University, the Netherlands, enrolled 26 participants with a history of occasional cannabis use into a randomized clinical trial conducted in the Netherlands. Each volunteer was asked to complete a test, which comprised of driving on a highway near Maastrict for around one hour under the guidance of a licensed driving instructor, after having vaped cannabis containing either 13.75 milligrams (mg) of THC, 13.75 mg CBD, 13.75 mg of both THC and CBD, or a placebo.

While it might seem odd to conduct such a study on active roads, the researchers took note from previous research that found on-road driving to be more sensitive at assessing drug effects than driving simulators. The car used in the experiment was also fitted with dual accelerator and brake pedals that could be controlled by the driving instructor to safeguard against any legitimately dangerous situation arising.

In the driving assessment, volunteers would vape whichever dose they were assigned, wait for 40 to 100 minutes, and then begin to drive under the guidance of the instructor. They were then asked to take a second drive around 240 to 300 minutes after having vaped the dose. In total, each driver participated in four driving sessions, each at least one week apart. Impairment to driving was measured by a camera installed on the roof of the car, which measured any lateral deviations from the center of the road lane to detect lane weaving, swerving, and overcorrecting.

Of the 188 total test drives completed by the volunteers, the accompanying driving instructor ended 16 drives – 9 first drives and 7 of the second drives – due to safety concerns. Three drives were cancelled before they even began because the participants, who had all vaped either THC or THC plus CBD, said they were worried about their ability to drive.

As assessed by their deviation from the straight line they were asked to follow, participants became more impaired after vaping THC-dominant cannabis and the cannabis that contained equal amounts of THC and CBD. Notably, the CBD-dominant vape product did not appear to impair driving, as compared to the placebo. 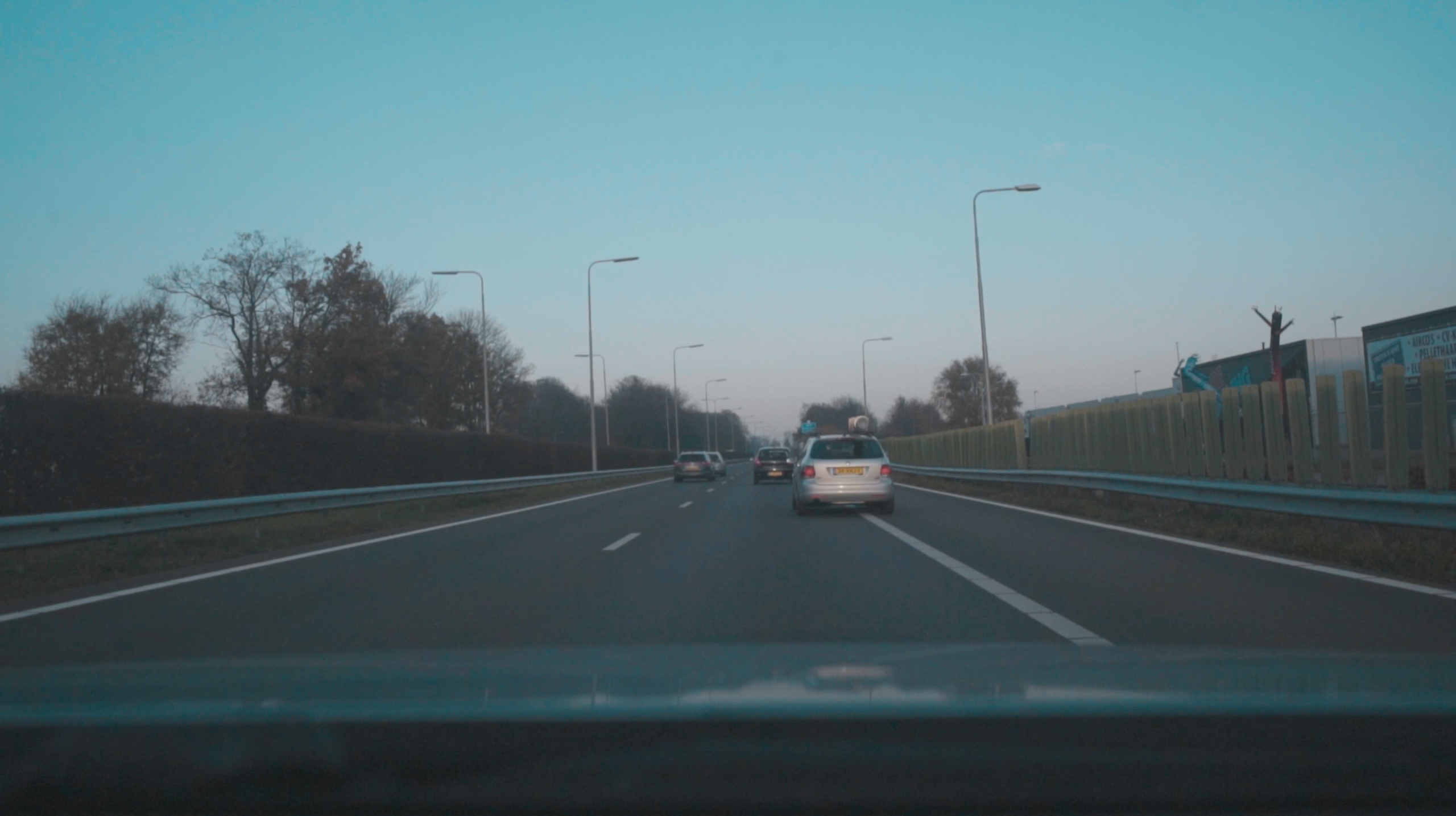 Slipping into the side of the road. Photo credit: the University of Sydney.

“Overall, it’s subtle,” psychologist Johannes Ramaekers, one of the senior authors of the study, said in a statement. “But there are individuals who show heavy weaving[…] and these, of course, are the individuals who are most at risk.”

Interestingly, the researchers noted that obvious impairment was only seen in the first driving session; all of the second drive sessions were terminated because the participant felt fatigued.

“The subjective estimates of whether they were capable of driving very much matched the impairment levels that we saw,” Ramaekers said. “But four hours later, much of the cannabis intoxication had already gone.”

Can you vape CBD oil?

Just because this study did not see any links between using CBD and driving impairment, this does not mean that CBD use is entirely without risk when getting behind the wheel. Others in the field have noted that the doses used in this study are not wholly representative of that which might be being used by the average consumer.

Marilyn Huestis, a toxicologist at Thomas Jefferson University, called the doses used in this new study “extremely low,” and possibly too low to characterize the real effects of CBD. “I think that’s problematic,” she added.

While this study looked at 13.75 mg doses of CBD, the patients receiving CBD to treat epileptic seizures can be prescribed a maximum of 20 mg per kg each day. For the average 12-year-old weighing around 50kg, this dosage could then reach up to 1000 mg/day.

“We have given what I would call a representative dose,” Ramaekers said. “The range [of doses] that people are using in the field is wider.” Particularly so for CBD, he added, as the amount of the cannabinoid present within a cannabis strain can range from less than 1 percent to upwards of 20 percent.

Huestis was not personally involved in this new study, but she and Ramaekers have previously collaborated on cannabis and drug impairment research. She also notes that the decision to use occasional cannabis users as participants in the study means that the results will likely not reflect the experiences of those who use CBD or cannabis more often, such as medical cannabis patients.

“The more you use cannabis, the more you may develop tolerance,” Huestis said. “But it’s never complete. You still show effects.”

Though this new study clearly has its limitations when assessing impairment due to CBD, the number of test terminations as a result of reported fatigue serves as a reminder that CBD product users should take care when driving or operating heavy machinery, and take breaks to rest if needed.

“We need so much research in this area, and some people are really trying to do it right. But it’s slow,” Huestis added. “It’s absolutely slow.”