In its first recall of the year, the Oregon Liquor and Cannabis Commission (OLCC) has requested that any cannabis consumers in the possession of four specific vaping cartridges “destroy” their products.

In a notice published on January 13, the OLCC said the vaping cartridges contain additives such as CBN and the synthetic cannabinoid CBC.

The OLCC became aware of the additives after a random audit of the state’s Cannabis Tracking System. Investigators then reviewed the testing results of the extracts and determined that at least three product types contained CBC.

The cartridges were sold under the brand name Firefly Extracts and were manufactured by Hillsboro-based Plank Road Laboratories, Inc. The company is thought to have manufactured more than 5,000 units between August 2021 and February 2022. Not all products were distributed.

Firefly Extracts is said to be cooperating with the OLCC to track down all products that were distributed.

According to the notice, OLCC inspectors are making in-person contact with retailers to inform them about the recall. 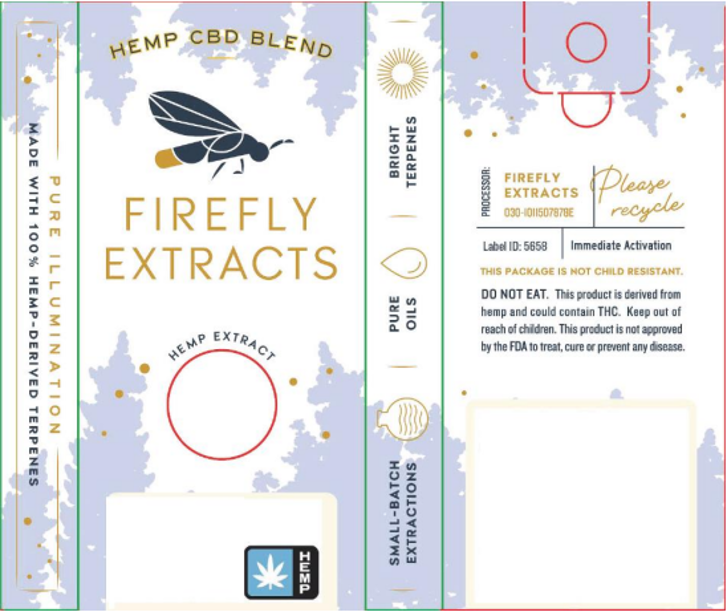 Customers who have purchased these products are encouraged to destroy them.

Consumers with health-related concerns about the recalled products have been advised to contact the Oregon Poison Center at 800-222-1222 or their medical provider.