Complete the form below and we will email you a PDF version of "Oregon Regulator Recalls 18,000 THC Vape Cartridges"

State regulators in Oregon have recalled 18,000 THC vaping cartridges after it was found that they contained an unapproved non-cannabis additive.

The affected products were sold under the YHN brand from November 12, 2021, until July 6, 2022, at two licensed dispensaries in eastern Oregon.

Both retailers, Weedology and the Bud House, have since voluntarily removed the products from their shelves, but many of the 18,000 units sold will still be in the possession of consumers.

Suspicions were first raised when the YHN products listed “artificial flavors” as an ingredient. To understand the nature of these artificial flavors, the Oregon Liquor Control Commission (OLCC) opened an investigation and tested one of the products. 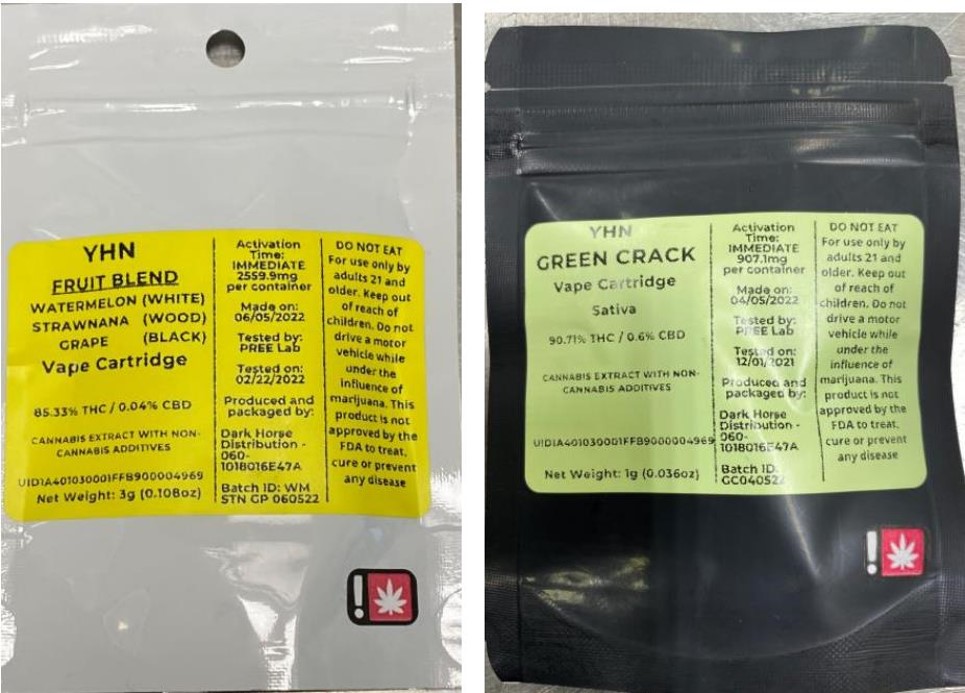 Triglycerides are generally recognized as safe food additives, but the vape cartridges weren’t foods; they were designed to be vaporized and inhaled, and less is known about the safety of this form of delivery.

According to a notice released on August 18, the OLCC has yet to receive any reports of consumers with adverse health effects as a result of using the YHN products. However, customers who have purchased the products have been asked to either return them to the OLCC-licensed retailer they purchased them from or destroy them.

Consumers with health-related concerns about the recalled products have been advised to contact the Oregon Poison Center at 800-222-1222 or their medical provider.