State regulators in Oklahoma have recalled a batch of medical cannabis vape cartridges sold in the Oklahoma County area.

The cartridges failed state testing requirements and are considered unsafe for consumers.

According to the Oklahoma Medical Marijuana Authority (OMMA), the recalled products can be identified by their “Empire Strains” or “Ju·Ju” branding and their particular batch number, Batch Number 153, Lot A.

The products were processed by Empire Strains, LLC and KushCandy 420, LLC, two medical marijuana processors in the Oklahoma County area.

The OMMA advises that any patient or caregiver with such products in their possession should contact Empire Strains, KushCandy 420, or the dispensary they purchased the products from for information on their recall procedures. 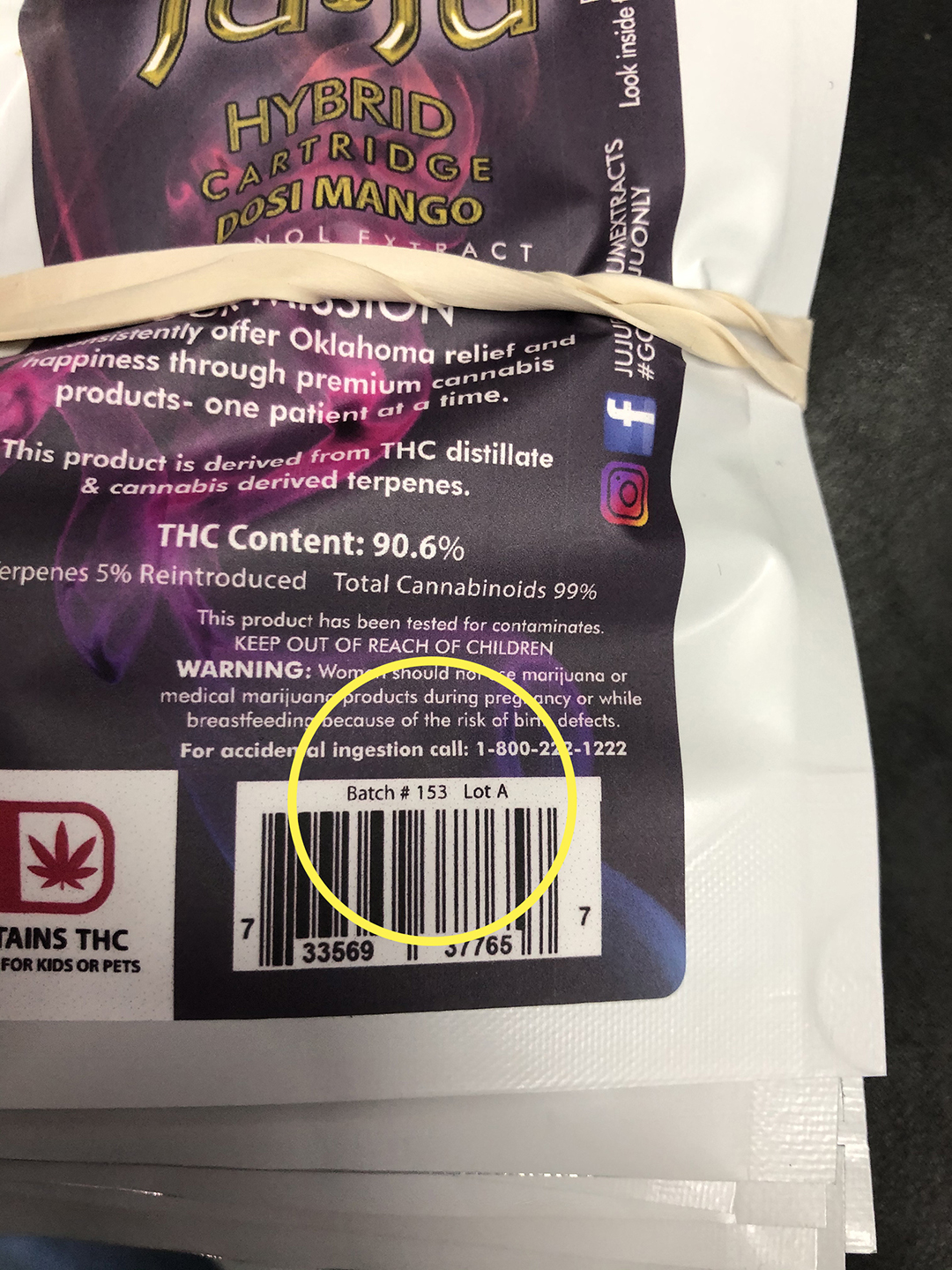 A Ju-Ju branded vape cartridge (photo courtesy of the OMMA).

This isn’t the only cannabis recall in recent weeks in Oklahoma. On October 8, the state authority issued a recall notice for several other products that had failed pesticide tests.

While Oklahoma’s medical cannabis program launched in October 2018, the state only began requiring cannabis testing this July. Since then, all marijuana products sold by a grower or processor to a medical dispensary must have first been tested by a lab authorized by the OMMA. There are now 23 such licensed cannabis testing facilities in the state, as of November 3.

As per state rules, all lab tests should result in a certificate of analysis that details the products’ levels of THC, CBD, terpenes, and microbial and heavy metal contaminants. These testing rules were updated on October 15 to add further clarity on requirements such as sampling and waste disposal.

Mandatory testing was initially meant to be introduced on April 1, but delays were made amid the coronavirus pandemic.