The Nevada Cannabis Compliance Board (CCB) are considering changes to its state cannabis regulations which would remove the requirement for cannabis treated with irradiation to display the international symbol for irradiation, the Radura.

Recent changes to federal regulations mean that while irradiated bulk foods (such as fruit and vegetables) are required to bear the Radura label, drugs that have been treated with ionizing radiation do not. In light of this, some Nevada operators have questioned whether cannabis should be treated as a drug, not a food, when it comes to irradiation treatment labelling.

This issue has created much debate within the state’s industry, with the CCB holding a public workshop earlier this year to discuss the matter and inviting comment from interested parties. The labeling requirement is currently suspended until the CCB reaches a decision. Deliberations on the gathered comments are expected to get underway at the next regularly scheduled CCB board meeting on April 27.

If a sample fails microbial testing – which around 15 percent of samples do, according to Kara Cronkhite, the program health manager for the CCB – the entire production batch associated with that sample also fails.

Nevada law allows for failed material to be re-processed to form an extract and be retested in that form. Extracts are less profitable than saleable flower, but, for the producer, this process is still a marked improvement on having to destroy an entire batch of cannabis flower. Growers can also turn to authorized methods of disinfection to meet state standards, including the use of ozone gas, radio frequencies, sonic waves, and ionizing radiation.

From March 2017 to March 2019, cannabis producers in Nevada were permitted to use RAD Source’s line of commercial cannabis radiation devices to treat microbial contamination on failed cannabis to turn it into a usable product. Then, the Nevada Department of Taxation disallowed the use of this equipment. It reasoned that if cannabis were to be federally legalized then product treated with ozone or radio frequencies would likely not need approval from the US Food and Drug Administration (FDA), as this is already granted broad approval, but products treated with ionizing radiation still would.

In April 2019, the Department of Taxation mandated that RAD Source meet six requirements in order to continue the use of ionizing radiation in cannabis decontamination. The company then met five of the six requirements within a week. But the sixth would require certification or an official letter of exemption from the FDA – something that was extremely unlikely to be forthcoming given the federal prohibition of cannabis.

RAD Source would end up suing the department over these restrictions, with the county district court finding in favor of RAD Source in July of 2020. The court ordered the state to re-allow the use of RAS Source’s commercial radiation devices and to “cease and desist” from requiring the devices to meet “the impossible FDA Requirement.”

Should irradiated cannabis be labeled?

Just one-and-a-half months after the Nevada court decision, ionizing radiation treatment was back in the spotlight. On September 21, 2020, federal regulators declared that drugs treated with ionizing radiation would no longer need to display the Radura symbol. Bulk foods would still need to be labeled with the symbol and, as always had been the case, no labeling would be required for individual ingredients in multi-ingredient foods. 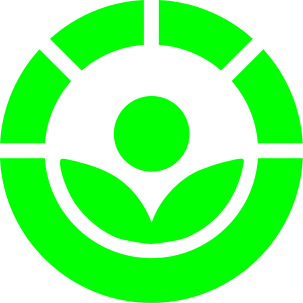 The Radura, an international symbol for food treated with ionizing radiation.

Following this announcement, RAD Source officially petitioned the Nevada Cannabis Compliance Board to drop the Radura from irradiated cannabis, arguing that cannabis should be treated as a drug and not a food product.

“[... T]he FDA has specifically rescinded it’s [sic] labelling requirement for drugs that are sterilized using ionizing radiation. That is the most analogous situation you’re going to find in the federal regulations, not food regulations,” Joel Schwarz, an attorney for RAD Source, is quoted as saying.

Schwarz also argued that ionizing radiation is completely safe from a scientific standpoint and posits that there would be less concern if more people were aware of this.

“What is happening here is, you are hitting living tissue, which would be the pathogens, microorganisms, and killing them, but you can’t kill that which is already dead, which is the harvested flower. So any concern about radioactivity is just unfounded and based on a misunderstanding of the basic science,” he said.

In response to the RAD Source petition, the CCB hosted a public workshop in January to solicit input and written suggestions specific to how the relevant regulation on cannabis treated with radiation, NCCR 12.065, might be altered to best reflect the needs of the sector. At present, the CCB is expected to consider the labeling rule change during its scheduled meeting later this month.

In its current form, the NCCR 12.065 labeling rule covers “cannabis or cannabis product [that] has been treated with radiation at any time.” It does not specify what type of radiation. As multiple respondents to the CCB’s call for comments have pointed out, this ignores a significant amount of nuance regarding what electromagnetic radiation actually is.

“We feel strongly that NCCR 12.065 should be amended to remove notice requirements that cannabis has been treated with radiation when the only radiation the cannabis product has been exposed to is non-ionizing radiation,” stated NuLeaf, a cannabis production, processing, and retail business with locations in northern and southern Nevada.

“Non-ionizing radiation is safe, and individuals are commonly exposed to this radiation throughout the day from all types of electronic devices such as WiFi routers, cell phone signals, microwaves, etc.” the company argues. “In effect, it would be like requiring restaurants to provide notice to their customers that their food has been exposed to radiation if the restaurant heated the food in a microwave.”

Some companies not currently using irradiation to decontaminate cannabis raised questions about the need for the irradiation method at all. They argue that if cultivators do not want to display the Radura symbol on their products then they could reduce their need for such remediation by addressing the sources of potential microbial contamination.

“As an organic cultivator in Nevada, we work very hard to grow clean and make sure none of our cannabis needs to be treated by any sort of mold remediation process,” Evan Marder, director of cultivation at Fleur Cannabis, wrote in a submission.

“In 2020, out of 575 lots tested by labs here in Nevada, we had a total of 10 failures (passing rate of 98.27 percent). It is, without question, possible to pass the stringent testing requirements in Nevada without having to resort to any sort of mold remediation process,” Marder continued.