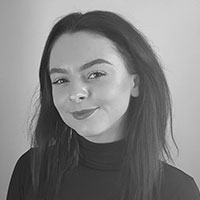 Complete the form below and we will email you a PDF version of "Most Ayahuasca Users Vomit, Study Finds"

A new study by researchers at the University of Melbourne has analyzed adverse effects reported by users of the hallucinogenic tea, ayahuasca.

The hallucinogenic beverage ayahuasca has been used for religious and medicinal purposes by Amazonian tribes for thousands of years. More recently, ayahuasca retreats and research projects – exploring the beverage’s potential effects on health, spirituality, and personal growth – have seen its use expand globally.

The hallucinogenic effects of ayahuasca

Ayahuasca is made by prolonged heating or boiling of the Banisteriopsis caapi stem with the leaves of the Psychotria viridis plant. B. caapi provides a source of harmine, which inhibits the breakdown of dimethyltryptamine (DMT) supplied by P. virdis, increasing the bioavailability of DMT in the body and resulting in hallucinogenic side effects.

At the University of Melbourne, Dr. Daniel Perkins is involved in a number of research projects surrounding medicinal psychedelics and medicinal cannabis. He is the director of the Global Ayahuasca Project, which aims to increase the understanding of ayahuasca drinking across the world, including why people drink it, the reported impacts of ayahuasca on health and wellbeing, and the potential risks associated. His team’s latest research, published in PLOS Global Public Health, provides potentially the largest source of information on ayahuasca’s adverse side effects to date.

The researchers analyzed data from an online Global Ayahuasca Survey that ran from 2017–2019 and recruited 10,836 respondents from over 50 countries.

The questionnaire obtained demographic information, such as age, sex, level of education, and history of mental health diagnoses, and data relating to ayahuasca drinking history, such as frequency, patterns, and contexts of use. Participants were asked to report any acute adverse physical effects via a checkbox system, and a subsequent question asked whether they had ever experienced any medium-term mental health, emotional, or perceptual changes in the weeks or months following ayahuasca ceremonies or sessions.

Responders for whom the “adverse effects” section of the questionnaire was not complete were excluded from the final analyses. In total, Perkin’s study included 8,216 responses for the adverse physical effects section of the questionnaire and 7,839 responses for the adverse mental effects section. Approximately 46% of the participants were female with an average age of 40 years and over.

Nausea and vomiting were the most common physical side effects

Acute physical health adverse effects were reported by 69.9% of the sample. The most common effects were vomiting and nausea (68.2%), headache (17.8%), and abdominal pain (12.8%). The researchers emphasize that vomiting and nausea are considered a “normal” effect of ayahuasca for experienced users: “In the case of traditional ayahuasca ceremonies and even in non-traditional ceremonies, not only is vomiting/nausea not considered an adverse effect, but it is even sought out for its purging and perceived spiritual cleansing benefits,” they wrote in the paper.

Approximately 2.3% of the participants reported that they required medical attention for any adverse effects. “These results are consistent with previous studies, with regular users reporting that most adverse physical effects seem to not be serious and do not compromise health,” Perkins and colleagues explained.

Several factors were more likely to be associated with adverse events occurring, including:

Fifty-five percent of the survey responders reported adverse mental health effects, a “relatively high” figure according to the researchers. However, “although the frequency of any adverse mental health effects was high, only ‘hearing or seeing things that other people do not hear or see’ was observed in 28.5% of the ayahuasca users,” the researchers say.

Approximately 21% of participants reported “feeling disconnected or alone”, while 4.4% experienced visual distortions. The duration of any adverse mental health effect reported in the survey was less than one week. When asked to offer qualitative perspectives on these experiences, some of the participants expressed how they are considered a positive element of their ayahuasca journey.

Ayahuasca is not just a pharmacological experience – it is considered a spiritual practice in its tradition. “In the context of such experiences, it is not surprising that a process of psychological integration and assimilation may be required,” Perkins and colleagues noted.

“I have had numerous experiences where ayahuasca has brought difficult patterns into my awareness in my daily life, which is never comfortable but always results in growth in the end,” – an anonymized quote from one of the survey participants.

Ayahuasca drinking history variables were not significantly associated with adverse mental health effects. “This finding, while intriguing, is in accordance with the early age of ayahuasca initiation in traditional contexts, both Indigenous and in ayahuasca churches, where researchers failed to find long-term neuropsychiatric alterations,” the authors note.

Previous work by Dr. José Carlos Bouso, director of the International Center for Ethnobotanical Education, Research, and Service and a co-author of the paper, also found that long-term use of ayahuasca was associated with a higher positive perception of health or with a healthy lifestyle.

There are limitations to the study design that must be acknowledged and could limit its validity, including its reliance on self-reported data gathered in a retrospective nature. However, the large sample size makes this work “the most important source of information regarding ayahuasca’s adverse effects” to date, in the research team’s opinion. But what does this resource tell us? It appears that ayahuasca has notable – though rarely severe – side effects on both physical and mental health, which have implications for public health.

“In that sense, ayahuasca practices can hardly be assessed with the same parameters used for prescription medicines,” the authors say, “since the myriad of its effects include challenging experiences that are intrinsic to the experience, some of which are considered as part of its healing process.”

“Many are turning to ayahuasca due to disenchantment with conventional Western mental health treatments, however the disruptive power of this traditional medicine should not be underestimated, commonly resulting in mental health or emotional challenges during assimilation.”

“While these are usually transitory and seen as part of a beneficial growth process, risks are greater for vulnerable individuals or when used in unsupportive contexts,” the researchers concluded.