Complete the form below and we will email you a PDF version of "Illicit Cannabis Vapes in Ontario Contain High Levels of Pesticides, Study Finds"

If bought from Ontario’s illegal market, a cannabis vape cartridge likely contains high levels of pesticides, according to an investigation by the Ontario Provincial Police (OPP).

These pesticide levels can range from 0.3 parts per million (ppm) to over 500 ppm, according to the OPP, which seized 28 cannabis products from the illicit market and had them tested by Canadian researchers.

All 28 products breached the legal Canadian limit of the pesticide myclobutanil (0.01 ppm in cannabis oils), as set by Health Canada.

The OPP also had the illicit vape oils tested for THC levels and found that many products contained significantly less THC than advertised.

In partnership with the National Research Council of Canada (NRC), the OPP tested 28 cannabis vape oils it seized from the illicit market in 2020.

The NRC researchers found that the THC content of the products widely varied; some oils barely contained 1 percent THC, others consisted of almost 80 percent THC.

While the majority of the illegal products didn’t advertise their contents, six oils have packaging that claimed the oils consisted of 90 percent THC. When tested, the THC contents of the products actually ranged between 45 and 60 percent, according to the NRC researchers. 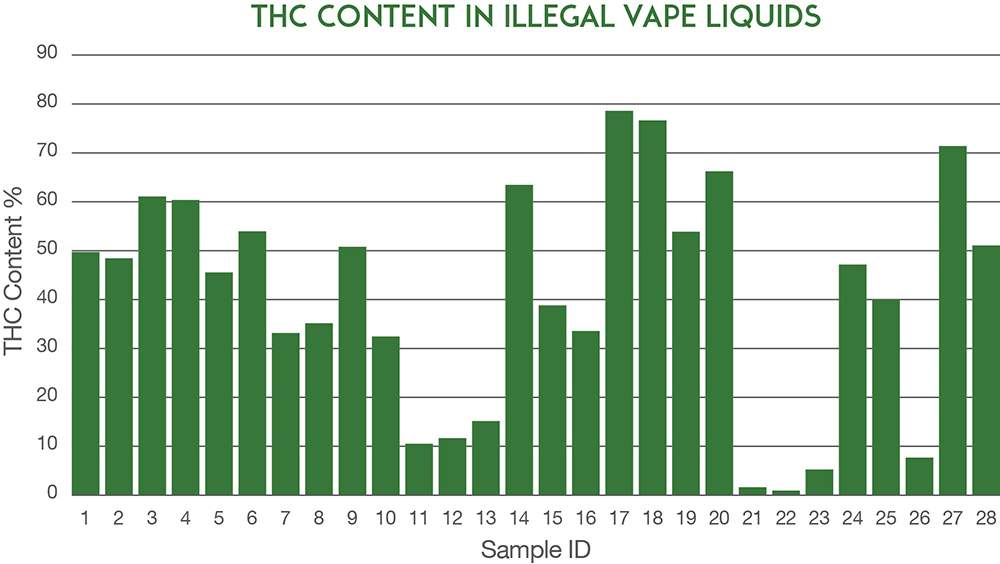 The NRC team also tested the products for pesticide levels and found that several of the oils exceeded the legal limits of myclobutanil by several thousand times. 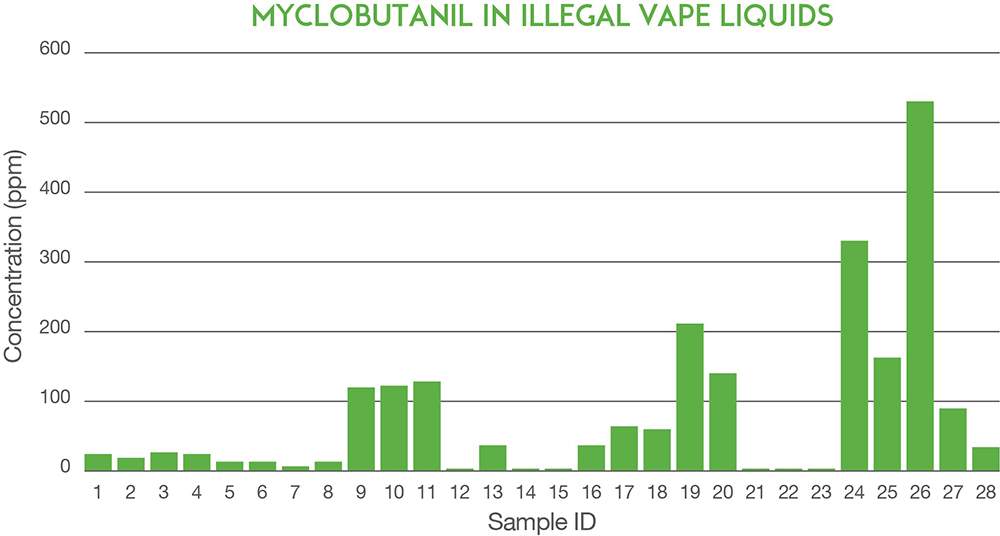 The NRC team also tested several dried cannabis samples seized by the OPP. Myclobutanil was found again in high quantities, along with other pesticides such as metalaxyl, chlorpyrfos, and pyridaben, in some cases at levels 100 times higher than Health Canada limits.

“The test results are clear evidence that consumers don’t know what they’re getting when they purchase illegal cannabis products and how important it is to know the facts,” Rachel Huggins, the OPP’s deputy director, said in a statement.

Canada’s illicit cannabis market has remained strong since recreational sales were legalized in late 2018. However, official figures from Statistics Canada indicate that the new regulated market may have outgrown its illicit counterpart; legal sales from the adult-use market were estimated to have reached 918 million Canadian dollars (US$800 million) in the final quarter of 2020, while sales from the illegal market in the same period were thought to have slumped to CA$714 million.

Is Ayahuasca Safe? We Ask a Researcher