What Will 2021 Bring for The German Medical Cannabis Market? 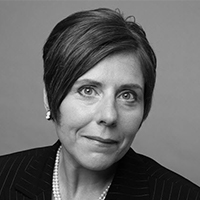 Complete the form below and we will email you a PDF version of "What Will 2021 Bring for The German Medical Cannabis Market?"

The German cannabis market, established both by patient lawsuits and legislative measures, is still Europe’s largest legitimate medical industry. It has also established some of the most important benchmarks and drivers for the legalizing industry, of both the medical and recreational kind, across the globe.

Yet hard numbers domestically are still hard to come by, and much is still in flux.

Here is a brief history of the developments so far and a prognosis for 2021.

After patient lawsuits began to establish limited home grow rights for patients, the German legislature attempted to roll back these rights by mandating that subsidized medical cannabis, prescribed by doctors and dispensed only by pharmacies, would have to be covered by public health insurance.

The German Ministry of Medicines and Medical Devices (BfArM) was also given authorization as the control agency. In turn, it also issued the first federal tender bid for the cultivation of cannabis in the world.

This tender bid, which was highly controversial for a number of reasons – not the least of which because it initially excluded all German firms (not just patients) from participating – was also slowed down, plagued both by lawsuits and then Covid-19.

The first German-grown cannabis was supposed to reach pharmacies in the fall of 2020, but it is still far from enough. Imports of extracts are dominating the market outside of dronabinol, which is between 30-60 percent of the market.

There have been 241,744 prescriptions filled this year, according to the most recent publicly available data. This comes from the association of public health insurers, or GKV. There are no data available for the privately insured. How many of these prescriptions are going regular patients? How many patients are still relying on the illicit market? It is hard to tell.

As for how many patients apply and still get rejected at some point in the process, there are only estimates, some as high as 40 percent at the MDK (not the insurer). But this may be now set to change thanks to legal challenges this fall.

What is important about the German market?

The most important thing the German cultivation bid established, apart from the cultivation and distribution supply networks, was a reference price for cannabis that now is enshrined throughout the supply chain.

But there are still many kinks in the system, from obtaining a prescription and approval in the first place to actually obtaining medication. Certification and EU GMP production has also continued to prove to be difficult for many firms to obtain if not consistently meet.

Yet, no matter how many problems still exist, the German market is the most valuable medical market in the world and expected to remain that way. Beyond sheer population numbers, no other country has embraced the same approach as Germany (namely banning patients from even limited, certified grows like Canada).

That said, according to the official numbers, cannabis prescriptions have not varied much for about a year. That is unlikely to change in the near future, as the existing infrastructure is so hard to navigate, and doctors are still leery of writing prescriptions.

Yet German case law is also moving the matter forward. As of October, regional approvers may not intervene in the prescription process between patient and doctor.

This may, along with increasing access to both lower cost cannabis and certified cannabis extracts, begin to motivate patients to actively push from the bottom, even as cannabis companies begin to launch their post-Covid education campaigns.

Beyond the medical market

It is highly unlikely that the German government will proceed in the near term with full-on recreational legalization like its neighbor Luxembourg. Rather, as the continued production, sourcing and cost problems continue to plague the market, it is more likely that the German government will license additional certified cultivators. This will almost certainly be the first step before allowing limited home grow to patients or non-profit collectives. Although this too is almost inevitable, as the debate continues to percolate.

Regardless, the situation as it stands cannot continue.

There is still limited official domestic production from the bid winners (Aurora Cannabis, Aphria, and the Wayland/ICC/Demecan merger). Importers have repeatedly faced recalls, including another one this fall.

Doctors are also still highly reluctant to prescribe the drug. And even though case law is continuing to move in favor of patients, obtaining cannabis for 12 euros a month is not an easy thing to do, still. Until this normalizes, the black market as well as the normalizing CBD industry, will continue to be the vanguard of the European industry.

That said, even here, the battles are not over. CBD may not now be considered a “narcotic” in the EU, but other discussions, including over novel foods statuses, are still undecided and highly fractious.

For a number of reasons, several parts of the industry are actually in a position to do well in the next few years. The online marketing possibilities for the entire CBD market have just opened up, and so have online sales of just about every cannabinoid without THC attached.

Beyond this, look for dramatic investments and expansions of the cannabis-related tourist trade all over Europe, starting with Luxembourg and Holland. The growth of the medical industry, the movement towards recreational markets, and an obvious need for economic redevelopment makes the sector an obvious growth market for at least the next decade.

Marguerite Arnold is a journalist, author and entrepreneur. Her next book, Green II: Spreading Like Kudzu, about the inside story of the German cannabis cultivation bid, is now for sale.