Complete the form below and we will email you a PDF version of "Thinking Inside the Box: Why Cannabis Cultivators Are Going Compact"

There is an argument at the heart of cannabis cultivation, a never-ending rivalry that splits the community in two: outdoor vs indoor farming. The proponents of the former pride themselves on their more traditional, organic practices. While the latter espouse the level of control indoor cultivation affords them. Safe from the perilous elements of the outside world, greenhouse cannabis plants can be grown in the exact conditions a farmer wants, they say. At least, that’s the idea.

Because, of course, many of these greenhouses are vast. Even the smaller facilities can span over 75,000 square feet, while the larger ones, such as those operated by Canopy Growth, can extend to a phenomenal 3,000,000 square feet. Within these enormous structures, the “controlled” environment stretches out for acres. Which begs the question, how controlled can it be? Even with responsive lighting and irrigation systems threaded throughout the warehouse, how much control can cultivators really have in these immense buildings?

Not enough, according to Raymond Chang.

“Obviously, the better controlled the environment is, the better results you can expect,” Chang tells Analytical Cannabis.

And as the CEO of Agrify, a developer of hardware and software grow solutions for indoor agriculture, Chang knows a thing or two about how to keep plant environments consistent.

“Typically, people tend to just offer piecemeal solutions,” he says. “You have the LED lights suppliers, you have people that just do grow racks, and people who just do environmental control. And when we actually go out and talk to the customers, they’re very frustrated, because it’s actually difficult to put all these pieces together.”

As a solution to this lack of control, Agrify provides its customers with an all-in-one, compact agriculture unit. At around 9 feet tall, 8 feet long, and 4 feet wide, these cultivator crates are designed to be a lot easier to manage and manipulate than the vast greenhouses many growers are accustomed to. And Chang says that clients have even achieved 29 percent more total cannabinoids and a six-fold increase in yield per square foot compared to conventional systems. 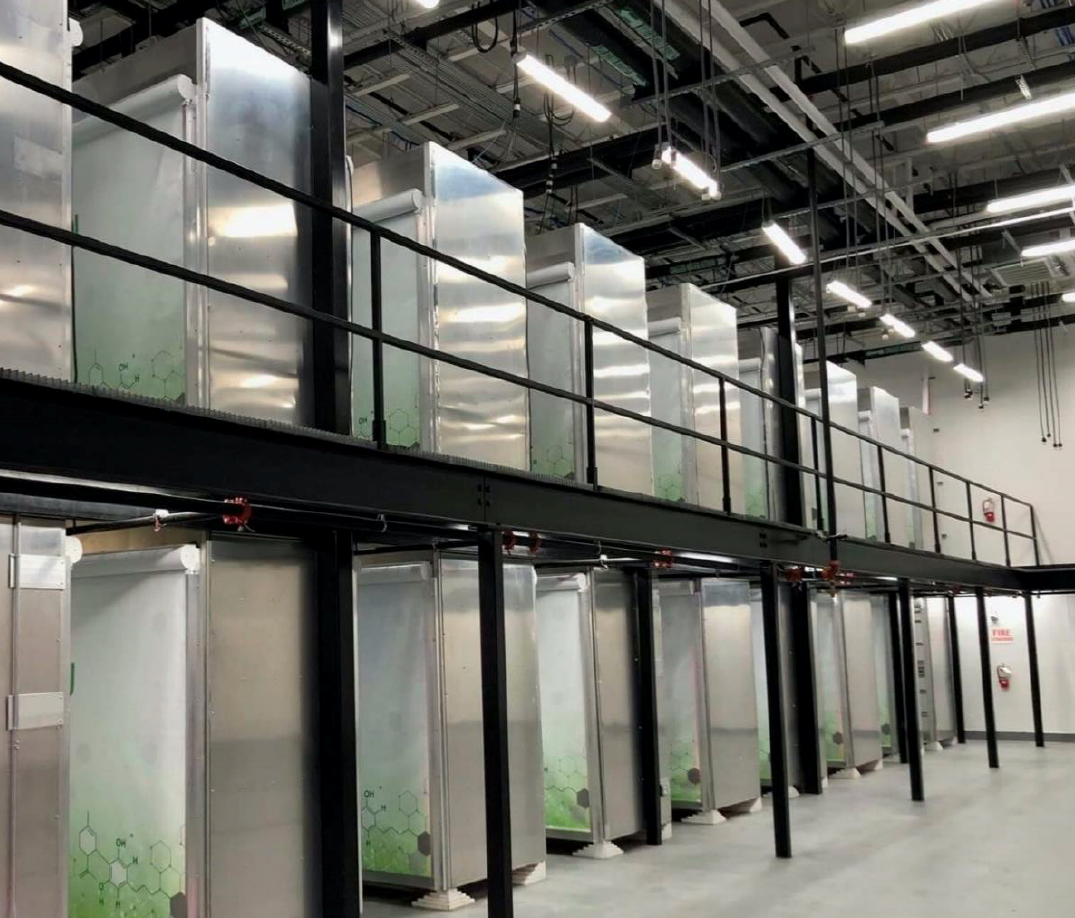 “This is essentially a climate-controlled growth chamber,” David Kessler, vice president of horticulture at Agrify, tells Analytical Cannabis. “By reducing space in which cannabis is cultivated, we can more closely and granularly control that internal environment. And having the exact same environment allows a cultivator to have the same results time and time again.”

This level of control is aided by the many pieces of lighting and irrigation equipment that come with Agrify’s units.

“Extremely efficient LED lighting is introduced, not just above the plant, but actually inside of the plant canopy to reduce the distance the light travels and make it more efficacious,” Kessler says, “[the units are] constantly enriching the air with CO2, circulating that air and conditioning it back to the environmental setpoint.”

But when these tools are sealed inside a bookcase-size box, how exactly can cultivators control them? Fortunately, there’s no need to climb inside just to adjust a light. Instead, sensors within the unit record over 100,000 data points per growth cycle, which inform the automated lights and irrigation systems how to respond.

“Inside of each chamber, you have its independent environmental control system, which is controlled by custom built software, Agrify Insights, [which] is a huge piece of equipment,” Kessler explains. “It’s an incredibly powerful tool.”

“Essentially, you have the systems-engineered software and hardware solution together controlling the environment. It controls the temperature, the humidity, the vapor pressure deficit, by extension the CO2 levels, the irrigation, and the fertilizer mixes down to the milliliter and second.”

For many cannabis growers, this kind of technology is a godsend. Prior to the availability of machine learning and agricultural sensors, plenty of cultivators were forced to guide their grows with guesswork. Are the plants getting enough CO2? Are the moisture levels right? Are the THC and CBD potencies on track? When just growing by eye, it’s difficult to answer any of these questions until the product is tested. And by that point, it could be too late to change anything.

But thanks to the kind of AI-assisted growing devices pioneered by Agrify and other companies, all this trial and error can now be cut out. And when this technology is combined with the level of control afforded by Agrify’s units, new, bespoke forms of cultivation can begin.

“Because each growth chamber is completely independent, if you’re running five different varietals that have different cultivation characteristics, it would [be] better for them to be cultivated [separately],” Kessler says.

“Maybe one is going to produce more cannabinoids at a higher temperature, while another would prefer to bring out the purple coloration, the anthocyanin. You can drop the temperature in that. Or others might produce better at higher light intensities or different fertilizer levels,” he adds. “So, by controlling each individual chamber independently, it gives you the flexibility to maximize the genetics and the potential of every individual strain.”

Given the growing competition for consumer attention within the legal cannabis sector, this capacity to cultivate multiple product varieties at once within a compact space could be highly desirable for a company. But, of course, before variety cultivators really want consistency.

“If you have multiple facilities in California and New England or other parts of the country, how do you ensure that the quality is going to be exactly the same across different cultivation facilities?” Chang asks. “It’s very challenging. And I think our solution allows our customers to ensure that doesn’t matter where they grow, it’s going to basically have the same results, repeatedly.”

As the enforcement of US federal law currently restricts any cannabis cultivation operation from selling outside of its home state, any promise of reproducibility is certainly be a draw for multi-state companies. But what if its facility is on the small side? Well, Chang and his colleagues are serious about utilizing every square inch of space.

“Some of the things that you will immediately notice [about cannabis greenhouses] is that there’s a lot of vertical space,” Chang tells Analytical Cannabis. “So, our solution is like Lego pieces that you can actually layer on top of each other. We can actually stack up three of these Lego pieces. So, if you have a very high ceiling, you can literally turn every square footage to six canopy square footage.”

Through its compact and commanding tech, Agrify and other companies like it are banking on the cannabis industry’s automation transformation. While there will always be a wealth of organic, outdoor growers, those that do opt for innovation get the benefit of some great gadgets.

“Outdoor cultivation is largely unmitigated,” says Kessler, “it’s open to the environment to pathogens, to pests. Having control over that environment – instead of being reactive, but being proactive – is how we believe that cannabis is going to be cultivated in the future.”

“Fifty percent of the market is traditionally held by flower. And quality flower, cultivated consistently that delivers a consistent experience to a patient or consumer, is how Agrify’s clients are going to succeed.”