Meet the Team Who Want To Develop Psychedelics Without the Hallucinations

Psychedelic compounds are being investigated for their potential therapeutic effects in psychiatric conditions. There are many reasons to be excited about the progress of these drugs through clinical trials, but significant barriers to their widespread acceptance within routine medical care remain.

One of the most imposing roadblocks is the hallucinatory trips that psychedelic drugs can induce. While many users rate these trips as being immensely important and transformational experiences, they can also be extremely challenging. Additionally, the long duration of many trips – LSD produces hallucinatory effects for up to 12 hours – could discourage potential patients and require long and expensive periods of in-patient care.

There remains an active debate within the psychedelic community about the importance of psychedelic experiences to these drugs’ therapeutic effects. Delix Therapeutics, led by University of California Davis Associate Professor David Olson, is developing compounds, called psychoplastogens, that act similarly to psychedelic compounds at the molecular level but do not induce hallucinations. The name of these compounds references their apparent alteration on the plastic structure of the brain at a molecular level, an effect that Delix suggest is at the root of psychedelics’ action.

Whether these compounds have therapeutic action is perhaps the biggest unanswered question in psychedelic research. A new screening system, presented in a poster session at the Society for Neuroscience’s annual meeting in San Diego in November 2022, could identify potential psychoplastogens at high throughput.

Ruairi J Mackenzie (RJM): What can you tell us about the new psychoplastogen screening system?

Noel Powell (NP): This is an assay that we have developed with Celectricon. The key feature [of the system] is that up till now, most of these assays have been low throughput because there’s a lot of custom culture of neuronal cells involved. To support our screening efforts and potentially others, they have developed a 384-well format that has much, much higher throughput. We can test a higher number of concentrations of compounds to actually produce real EC50 values, rather than just a binary result of “it’s active or it’s not”.

RJM: So, the assay is measuring the degree of structural plasticity engendered by the compounds you are testing, is that right? Do you think that's going to be the primary metric that you're going to look at for the compound’s effectiveness?

NP: Yes. We are generally looking for compounds that behave similarly to psychedelics. The efficacy is in the structural plasticity, not necessarily the hallucinogenic, 5HT2A-driven effects – we call them side effects. We're much more interested in really separating the structural plasticity from the side effect profiles to identify compounds. It’s more of a phenotypic approach rather than a target-based approach.

RJM: One of the main metrics used in pre-clinical research to determine whether a compound is hallucinogenic or not is thehead twitch assay. Do we have any way of knowing whether these mice are undergoing subjective effects other than hallucinations?

NP: The short answer is no. You can perhaps tease that out using more advanced assays, like the conditioned place preference test or drug discrimination assays. The head twitch assay is a very clinically validated assay. Compounds that are 5-HT2A agonists will induce a head twitch. That's what we can measure. At the conference, there was a fascinating poster where somebody was trying to develop an assay to assess odor hallucinations produced by psychedelics. People are trying! But the assay that we have right now is the standard to say whether something will look really like a psychedelic.

Milan Chytil (MC): It's a 5-HT2A-driven response; that assay was originally developed for the assessment of 5-HT2A agonism. So, it's very well validated with clinically determined hallucinogens and non-hallucinogens. If you measure up against those, we can make a prediction about what we will see in the clinic.

RJM: What's the timeline for these drugs' progress through the trial process?

MC: As soon as possible!

NP: We're looking to enter human trials next year with our lead compound. We're on the cusp. I think it's something that's not appreciated all that well: to get to [trials] in humans, you have to go through an awful lot of animal toxicology studies to see what the tolerability windows are and how high you can dose in humans. That sets the duration of how long you can dose. There's a lot of work that has to be done before you can file that investigational new drug (IND) application. We're getting really close. It's costly and time-consuming.

RJM: One of the reasons that classical hallucinogens have had an expedited process from the FDA in some cases is because there are innumerable anecdotal examples of people taking them safely. We know a lot about these drugs’ safety profiles and what they do. How much more slowly will a new compound that is entirely untested in humans move through trials?

NP: With those natural psychedelics there’s anecdotal evidence of experience in humans, and especially, for LSD, there's a lot of human trial data from the 50s and 60s, when trials were allowed. There are things to fall back on, but even for those drugs, choosing the formulation to give and the protocol to administer still involves a testing process. It's just that they have had a little bit more of a head start.

For new compounds, from when you pick the compound and say, “This is going to be our candidate,” it’s 12–18 months just to do the entire IND-enabling test program, and that’s if you can get all the slots lined up: animals available, time available, vendors available, etc.

RJM: If we define psychoplastogen as a compound that induces neuroplasticity, cocaine is a psychoplastogen. What separates the plasticity invoked by Delix's compounds or classical psychedelics from something like cocaine?

NP: A lot of it is the other pharmacology that comes along with it. Cocaine has more of an impact on dopamine circuitry. The classical 5-HT2A-driven psychedelics and the compounds that we're focusing on are more driven by effects on serotonergic circuits. That’s another aspect of the drug’s properties that you must look at. You can increase neuroplasticity, but if you're having major effects on dopamine or norepinephrine, that can lead to abuse liability, as well as peripheral cardiovascular risk issues. Drugs like cocaine and scopolamine are in their own little class because they have other effects. There's likely room to play in that space as well. We may get to that at some point.

RJM: Many in the core psychedelic research community are highly skeptical of the idea that non-hallucinogenic psychedelics will work. Do you think that there will be a place for Delix within that community? Or will that always be something you're always battling against?

NP: It was once explained to me that the only thing that physicians care about is, “Does it help my patient?” Whether the treatment has hallucinogenic efficacy or not, if it helps the patient, they don't care about a mechanism of action – they’re going to prescribe it.

What that means for Delix is that we need to have a compound that's efficacious in the clinic and in humans in some measure. Now, the next question is how does it compare to hallucinogenic molecules? Maybe it will be more practical to administer because it doesn't have hallucinogenic efficacy. Is it going to work to the same extent? It's an unanswered question.

All we're doing here is speculating about what will happen if our compound is given to humans. We don't have the answer. We will have to wait for the medical community to tell us the answer. The two worlds are going to not necessarily battle, but there's going to be a kind of friction until we get clinical data. The proof is in the pudding, and until you show that a non-hallucinogenic compound is efficacious in humans, it's always easy to just dismiss and say, “Well, you have to have the hallucinogenic experience.” We definitely believe that we can induce structural plasticity changes without those effects. We believe that will be therapeutic.

At the end of the day, and this is kind of my more personal opinion, I believe that there's a place for both. For some people, a full-blown psychedelic event could be very crucial for treating their mental illness, for others there will be much more acceptance of something that they can take at home without having to deal with scheduled compounds. We believe it will be more accepted within the broader community. I think there's going to be a place for both, ultimately. It's not going to be an either-or, it's kind of going to be about how well each mechanism is accepted within the larger prescribing community, the payor community. Those impacts are going to have a say in how broadly people take natural psychedelics versus trying a first-line, non-hallucinogenic psychoplastogen.

We hope we will see some signs of efficacy after the single-dose studies are done. The real proof in the pudding isn't going to come until after Phase II studies, at least two years away, conducted in actual patients, not healthy controls. 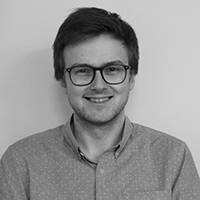