Marijuana Withdrawal: What are the Symptoms? Just like other drugs, such as alcohol and caffeine, continued excessive use of cannabis is known to present certain short- and long-term health risks. These include anxiety, paranoia, cognitive impairment, and an increased risk of developing respiratory tract disorders.

And just as users of other substances can suffer withdrawal symptoms after ceasing to use the drug in question, so too can cannabis users.

Cannabis withdrawal syndrome – what are the symptoms to look out for?

Cannabis withdrawal syndrome (CWS) has received increasing attention since it was first proposed in 2006, eventually being included in the Diagnostic and Statistical Manual of Mental Disorders (DSM–5) in 2013. The DSM-5 is put together by hundreds of international mental health experts, to create a volume that defines and classifies relevant disorders.

According to its entry in the DSM-5, cannabis withdrawal syndrome requires individuals to have recently halted previously heavy cannabis use and, within a week of cessation, to show signs of three (or more) of the following symptoms:

For individuals with CWS, these symptoms will be strong enough to cause significant distress and wouldn’t be attributable to any other medical condition or withdrawal from another substance.

Problematic cannabis use, or cannabis use disorder (CUD), can also feature aspects of these withdrawal symptoms, as people with CUD often report a persistent desire and/or previously unsuccessful attempts to cease using the drug. CUD is characterized predominantly by a building up of tolerance to cannabis and the continued use cannabis despite any physical or mental impairments, or any negative effects on personal relationships and responsibilities.

This month, researchers from Queen’s University, Ontario, published an original investigation in the journal JAMA Network Open which examines the prevalence of CWS among frequent and dependent cannabis users.

The investigation reviewed data from nearly 50 other studies, with a total 23,518 participants, which focused on the prevalence of CWS and its symptoms in individuals who reported regular use of cannabis or who had CUD.

They found that within the inpatient population receiving treatment, 87 percent reported symptoms of cannabis withdrawal; 54 percent of outpatients reported the same symptoms. For the general public outside of a clinical setting, 16 percent of participants exhibited CWS or CWS symptoms. The total pooled prevalence of CWS across all studies considered was 47 percent.

As well as being more prevalent within clinical settings, CWS was also more commonly seen in individuals who reported comorbid drug or tobacco use, and those with higher levels of cannabis use.

Studies have previously suggested that cannabis dependence might have genetic roots. With such a high prevalence of CWS seen in populations receiving treatment for CUD, this could also have important consequences for CWS research.

In a study published last year, Danish scientists identified a genetic marker associated with CUD after screening thousands of genomes.

“We had a Danish cohort of around 2,300 individuals with cannabis use disorder. And then we have around these 48,000 individuals in the control group,” Ditte Demontis, an associate professor at Aarhus University in Denmark, told Analytical Cannabis last year.

“So, after screening the whole genomes, we have been able to identify one genetic variant that can be associated with cannabis use disorder. And even more importantly, we have actually been able to replicate this finding in an independent cohort from Iceland,” Demontis added.

Carrying this genetic marker, a single variant of the genre CHRNA2, doesn’t intrinsically make a person addicted to cannabis, but it can increase the risk of addictive behaviors arising.

“So just because you have the gene that we have identified, this doesn't mean that you get addicted to cannabis just by smoking it; it’s a complex disorder.”

Given the results of this latest prevalence study, the researchers say, medical professionals should be aware of the high prevalence of CWS in clinical setting and consider screening for CWS in higher risk populations in order to provide counseling and support to these individuals.

Making sure that adequate support systems are in place for those who need them is a common refrain amongst the academics who research addiction and cannabis. In the wake of a JAMA Psychiatry study indicating a higher prevalence of CUD in teens following recreational cannabis legalization, Ian Hamilton, senior lecturer in addiction at the University of York, told Analytical Cannabis that this further demonstrates the need to collect more data which can inform policy on an ongoing basis.

“I don't think this study shows that access to cannabis shouldn't be permitted, but it does show that, for the small proportion of users who develop problems, support services need to be adequately funded and available – something other states and countries should factor in when thinking of changing their cannabis policies.”

Hamilton, who wasn’t involved in the JAMA study, added, “even a small percentage increase in regular cannabis users can increase the risk of developing problems like cannabis dependence, which services would be unlikely to have the capacity to support.” 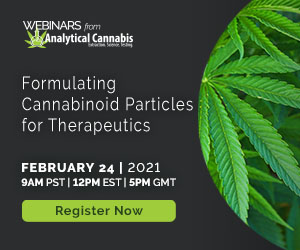