Low doses of adjunctive cannabidiol (CBD) can reduce the frequency of convulsive seizures in children with Dravet syndrome by nearly 50 percent, according to new clinical trial results.

The results, published this week in JAMA Neurology, come from data collected during a randomized double-blind clinical trial supported by GW Research Ltd., which sought to examine the efficacy and safety of CBD as an add-on treatment for children and young adults with Dravet syndrome.

A safe and effective add-on treatment

The study involved 198 children and young adults aged between 2 and 18 years, who had been diagnosed with Dravet syndrome, a rare and severe form of drug resistant epilepsy. All participants had experienced at least four convulsive seizures in the four-week baseline period preceding the treatment in the study and were on a stable course of at least one anti-epileptic drug.

As an adjunctive medication, participating patients were also given either 10-to-20 mg/kg of purified CBD per day (via Epidiolex) or a matched placebo.

Notably, there were increases in liver transaminase levels in 16 of the 133 patients being treated with some dosage of CBD, all of whom were taking the common anti-epileptic valproate. In all cases, these levels decreased following cessation of CBD treatment at the end of the trial, or after dosage reductions of valproate or CBD during the trial period.

What does this mean for CBD treatment?

As the authors explain in the paper, doses of CBD as high as 20 mg/kg/d are approved for use in the United States in the treatment of Dravet syndrome; the recommended maintenance dosage for long-term treatment is 10 mg/kg/d. However, before now there had been a lack of any clinical trial data examining the safety and efficacy of such a 10 mg/kg/d dosage.

“Our key finding is the significant and clinically meaningful reduction of seizures with an acceptable safety profile for both cannabidiol doses in patients with highly treatment-resistant Dravet syndrome,” the researchers wrote.

Though, given the similar efficacy of the two CBD doses in the study at reducing seizure frequency, the researchers also recommend that increasing CBD doses above 10 mg/kg/d should be considered on a case-by-case basis.

“There was no appreciable difference in the efficacy between the 2 active treatment doses, but because individual responses vary, dose escalation to 20 mg/kg/d in patients requiring better seizure control may still be warranted if safety and tolerability allow,” the researchers concluded.

CBD as an add-on treatment

The study’s results bolster CBD’s suitability as an add-on treatment to existing epilepsy medications. Its efficacy as a standalone remedy, on the other hand, has been called into question.

In late 2019, a paper published in the British Journal of Clinical Pharmacology argued that the beneficial effects seen in clinical trials of Epidiolex, a purified oral CBD solution developed by GW Pharmaceuticals, could actually be attributed to a drug-drug interaction between CBD and clobazam, another common anti-epileptic medication.

As those trials were referenced by the US Food and Drug Administration in its decision to approve Epidiolex, the claims could still have important implications for the medical use of CBD.

“I went back to [two of the three cited] papers… and I thought, ‘let’s have a look.’ How many of those patients were actually using clobazam?” said Geert Jan Groeneveld, the chief scientific officer at the Centre for Human Drug Research in the Netherlands and lead author of the 2019 review.

“And I was awestruck,” he told Analytical Cannabis. “I was flabbergasted when I saw that 50 percent in one study and 60 percent in the other study were actually using this other drug, clobazam.”

“I'm not saying that I know for a fact that cannabidiol does not have any anti-epileptic effects,” Groeneveld said. “What I am saying is, I can explain the effects that you've observed through elevated blood levels of clobazam.”

Whether CBD is effective as a standalone anti-epileptic drug or not, the recent results coming out of the GW Research study appear to support its clinical significance as an effective adjunct treatment for otherwise drug-resistant epilepsy. 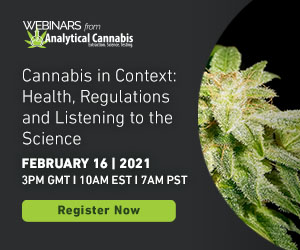