How One Company Went From Curing Cheese to Curing Cannabis

Curing and drying cannabis is one of the final stages in the cannabis production pipeline. It is also one of the most critical steps; an improper dry or cure can dramatically impact the flavor profile of the cannabis flower and potentially ruin all of the months of hard work that has gone into growing the crop.

But what if there was a way to get a perfect cure every time? That is the mission behind Cannatrol, a Vermont-based drying, curing and storage solutions provider.

Cannatrol’s award-winning patented Vaportrol drying technology was originally developed to cure high-quality meats and cheeses. And once the technology had been proven in the cheese making world, the leadership felt that it could also bring another level of reliability to the cannabis sector.

A brief guide to cannabis drying

The cannabis drying process begins shortly after harvesting is complete. To ensure proper drying, cannabis producers must carefully control the temperature, air flow, humidity, and lighting that the harvested material is exposed to.

The goal in drying is to produce material that has a low enough water content to prevent mold growth and prolong shelf life, without over-drying the product or compromising the volatile terpenes that give the cannabis its distinctive aroma and flavor.

To do this, producers may choose to hang whole plants from a line before they are trimmed, or they may place harvested buds onto a rack and use air conditioners and dehumidifiers to control the drying process.

“But in all of those applications, the water is being constantly removed from the flower,” David said. “So, unless at some point you intervene and say, stop and take the flower out of that space, it’s going to get overdried.”

Once the flower has been properly dried, it can then be stored in a dark, controlled environment for weeks (or months, depending on preference) to age and cure. The curing process can improve the flavor and smoke quality of cannabis, as well as also improving its resistance to growing mold or harboring other pathogens.

“The challenge is, if you pull it too soon [from the drying setup], the flower will still be wet and when you put it in that container [to cure], the excess moisture can cause it to go moldy,” David explained.

“Hence, people ‘burp’ their containers and jars to let that moist air out. But it depends on where you are when you burped the jar. Are you in Florida in August, or are you in Vermont in December? The air is completely different.”

Cannatrol’s Vaportrol technology removes the need for burping and allows buds to be dried, cured, and stored in a single unit. The sealed units give cannabis producers the ability to accurately monitor and adjust the temperature, dew point, and vapor pressure of the environment around the buds to create the most optimal drying and curing conditions.

“With our technology, it’s a continuum. We pull the moisture out of the flower until it reaches equilibrium with the space. So you don’t have to worry about removing the flower from our systems, it just comes to equilibrium. And at that point, it is now curing, and you can leave that there indefinitely,” David said.

“It’s sort of like cooking with sous vide, where you would put a piece of meat or fish in the bag, in the water, and in two hours, it’s perfectly cooked. But 12 hours later, it’s still perfectly cooked.” 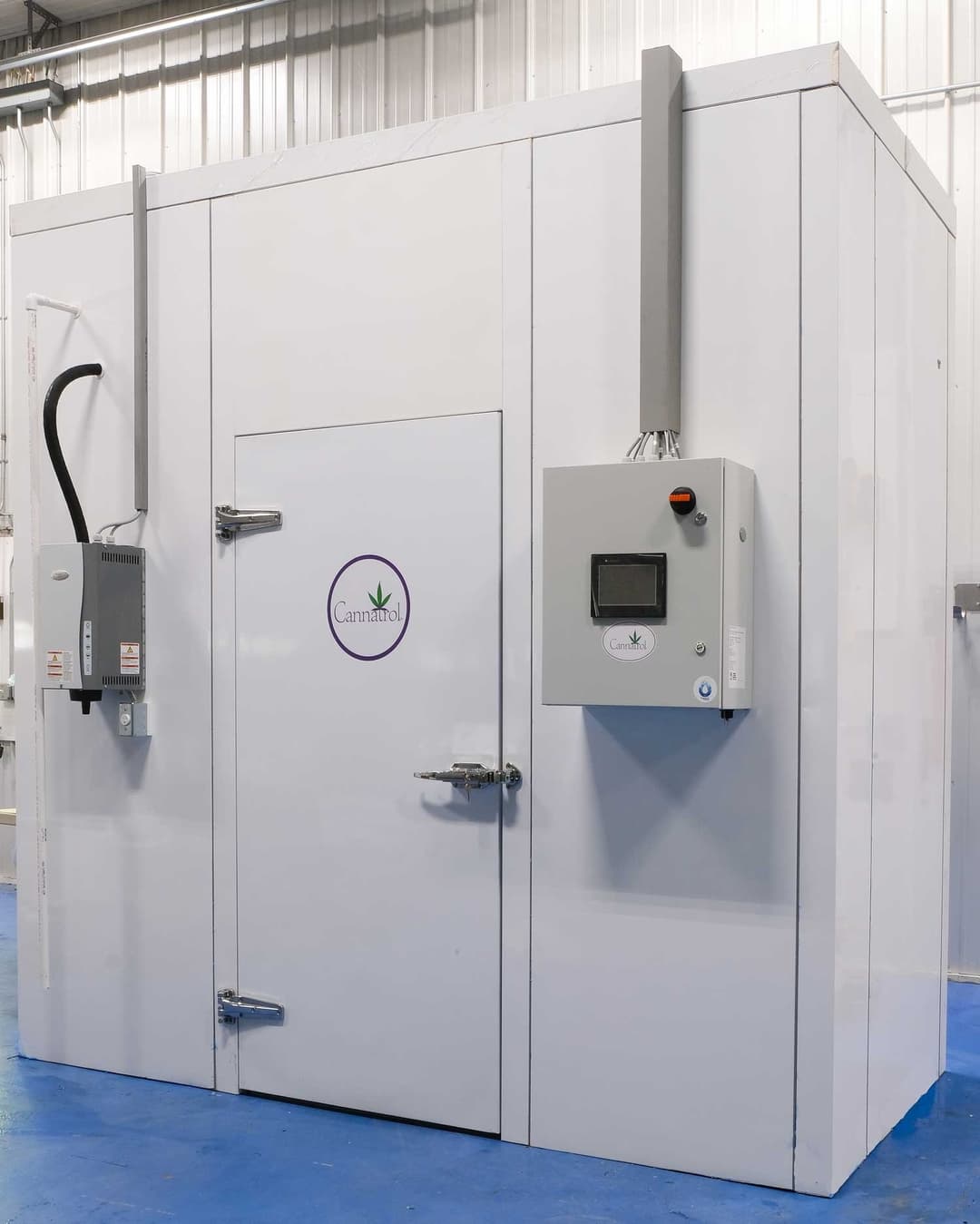 Recently, Cannatrol ran an experiment with a local grower in Vermont to analyze the effect that Cannatrol’s drying approach might have on the chemical composition of cannabis flower dried in this way. In comparing flower that had been dried using a Cannatrol system compared to flower dried via a traditional hang dry method followed by curing in mason jars, the Cannatrol product was found to have terpene levels around 60% higher.

Craft cannabis may be the future

Cannatrol first began selling small-scale units for curing and drying cannabis in 2019, but since then the company has been able to expand and provide similar solutions for larger commercial markets.

“On the commercial side, this is where we’re doing retrofits for big row operations, we’re doing build outs when they are building a large growth facility,” David said. “And these rooms go from hundreds to thousands of wet pounds of product coming in.”

One of the most interesting trends that they have noticed since entering the cannabis market, Jane says, is a steadily growing interest in premium and craft cannabis products.

“People are starting to recognize that there’s an important market for premium cannabis. And it’s not just about premium packaging, it’s about delivering a premium product,” Jane explained. “And now that producers are recognizing that, we’re starting to see more and more people come to us and say, ‘I need the difference that your product can bring to me.’”