How Can Centrifugal Partition Chromatography Separate Pesticides From Cannabis? A Q&A with RotaChrom Technologies 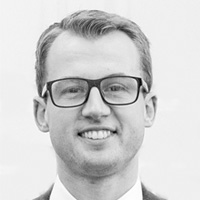 Complete the form below and we will email you a PDF version of "How Can Centrifugal Partition Chromatography Separate Pesticides From Cannabis? A Q&A with RotaChrom Technologies"

Centrifugal partition chromatography (CPC) is a liquid-liquid chromatography technique that separates compounds in a mixture based on their affinity for a liquid stationary phase. 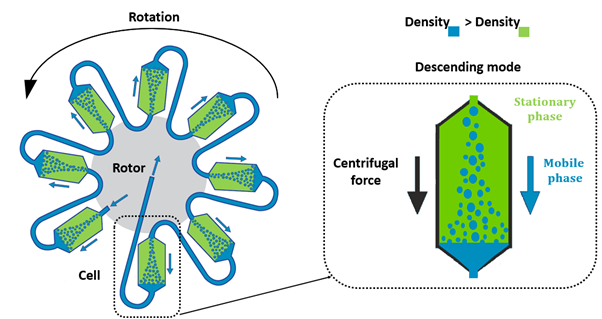 Compared to other chromatography methods, CPC achieves a much faster flow rate than high-performance liquid chromatography (HPLC) and flash chromatography. CPC is also less expensive to run and is more environmentally sustainable, typically using significantly less solvent than other methods.

In the cannabis sector, there is growing interest in using this CPC method as a fast and effective technique to remove contaminants, such as pesticide residues, from cannabis and hemp oils. To find out more about this process and its future potential, Analytical Cannabis spoke with Dr Árpád Könczöl, head of a research laboratory at one of the leading CPC instrument manufacturers, RotaChrom Technologies.

Jack Rudd (JR): Centrifugal partition chromatography is not the most well-known separation technique. So, with regards to using it to remove potential contaminants in cannabis, has this ever been done before?

Árpád Könczöl, PhD (AK): Yes, CPC has a solid track record as a remediation technology in a number of industries outside of cannabis and hemp. Thanks to the unique feature of CPC – the chemistry of the stationary and the mobile phase – this can be easily adjusted to the sample and it can be considered an extremely flexible proprietary chromatography technique, and it can be utilized also for fractionation, isolation, and for remediation purposes.

So, for example, work has been published recently where CPC was used for the rapid and selective removal of typical byproducts of a catalyst used in synthetic medicinal chemistry reactions. CPC has been also utilized in wastewater management and has also been demonstrated to be advantageous in chlorophyll removal from natural products. So there are a lot of examples for this kind of utilization of CPC.

JR: Is CPC for pesticide remediation in cannabis still a theoretical proposal? Or is there available data on this use of CPC?

AK: We started this work two or three years ago when we realized that this is a hot topic and a big issue and some customers came to us with inquiries. So we initiated a cooperation with a German university who are really skilled in CPC method development. We performed a lot of spiking experiments, spiking pesticide mixed into CBD and THC, and checking the elution profile and the resolving power of our system to get rid of all the pesticides. And so the proof of concept that our system is capable [of removing] those pesticides is validated experimentally. On the smaller scale with the two-liter volume machine, it is fully validated.

[These data are available] after a nondisclosure agreement – it’s not fully confidential. We have published part of it two years ago at a conference in Baltimore as a poster presentation. And last year, I also presented at the ACS CANN [American Chemical Society Cannabis Chemistry] subdivision these results.

JR: And so with regard to CPC being used in the cannabis industry for pesticide remediation, is this something that would be scalable up to the high volumes required for commercial use?

AK: Our work with RotaChrom demonstrated that this pesticide remediation, for example, besides CBD [in a CBD extract], can be scaled up easily on our platform. That was a crucial point when we jumped into this separation scenario.

Our biggest system has a total rotor volume of 23 liters, and this is a large scale. So on [the order of] multiple kilograms per day, [RotaChrom] verified this system. This is the highest throughput in the industry in liquid-liquid chromatography.

JR: What are the benefits of CPC over existing methods?

AK: The processing steps in a typical hemp or cannabis scenario in terms of contaminants and pesticide profiles are a bit unclear. So I would say that the biggest advantage of the CPC approach in this topic is that it has been fully characterized by us and validated, while this feature of other technologies such as extraction, distillation, or some membrane-based separation technologies is unclear right now.

Another point of view is that CPC is a really unique technique in contrast to these downstream processing technologies that are routinely reapplied in the cannabis industry, in that the flexibility and the resolving power of CPC is much, much higher. So if we want, for example, to change the compound of interest or the input material or the input sample of the chromatographic step, the whole process can be easily adjusted to this new purpose.

JR: How would CPC remediation fit into the seed-to-sale process?

In our practice, the sweet spot of CPC in terms of throughput and purity is somewhere between the extraction and distillation, or after distillation. So, if the input material’s CBD or THC content is higher than 50 or 60 percent, this is the sweet spot of CPC. The methodologies that we developed for pesticide remediation also focused on this kind of input material – not for crude [extract] without winterization – but for distillates with typically a cannabinoid content higher than 50 percent.

JR: How robust is CPC in terms of maintenance and servicing, and handling potentially viscous cannabis oils?

AK: This solvent system that we are using in CPC as a stationary and as a mobile phase, typical intermediate products in cannabis processing are extremely soluble in this solvent system. We are typically using some kind of alkane, alcohol, and water mixtures as a solvent system, and it has a great solvating power for crudes and distillate. That is the reason, in part, why the throughput of CPC technology is really high in this field, because of the high solubilities of the input materials.

When we are considering the heart of the system, the rotor – which is basically the column in CPC compared to commercial chromatography – it is really robust and reliable technology. In our biggest system at the production scale, we have a system around the rotor [that produces] the solvent system, recycling the solvent system in an automated way. And it gets the products and the impurities and manages the waste, so that all the streams are managed automatically. [At] the industrial scale, automation and recycling is of utmost importance.

JR: Based on the research that you have conducted so far, are all of the pesticides used in cannabis cultivation amenable to isolation through CPC?

AK: No, no, of course not. CPC is not a universal technique. But in our study, with CBD or THC, we managed to demonstrate that the vast majority of these cannabis-related pesticides – approximately 80 percent or higher – can be easily removed by CPC besides CBD or THC [in the elution order]. And fortunately, the most widespread or commonly used pesticides are also included in this 80 percent.

But, of course, there are some pesticide residues with very similar polarity, solubility, boiling point, and chemical structure to cannabinoids, and these ones are can significantly interfere with the isolation of cannabinoids. So, in these cases, I will say that the feasibility of the chromatographic purification will be impaired to some extent. [Using these pesticides] should be avoided.

But the good news is that these are limited in nature. We cooperated with the German academic group to characterize in full terms this capability of CPC [to separate cannabinoids from similar pesticides] and we found that by adjusting the composition of the solvent system, a lot of those pesticides which are coeluting with cannabinoids can be managed. So, the first step is to have proper analytics [tests done] on the materials. If we have that contaminant profile, the chromatography can be adjusted accordingly.

JR: With respect to other common contaminants such as heavy metals or mycotoxins, could CPC potentially help there?

AK: Heavy metals and toxins, these are [things that] are more prone to get concentrated during chromatography, so these are dangerous. They have to be controlled or monitored rigorously. Mycotoxins are more tricky; it should be investigated.

We have, indirectly, the proof of concept that end products purified by our technology [separate out other contaminants]. In every case, our customers are in compliance with heavy metals and residual solvents regulations. So, mycotoxins [and other contaminants] is another topic to be investigated.

Dr Árpád Könczöl, head of a research laboratory at one of the leading CPC instrument manufacturers, RotaChrom Technologies, was speaking to Jack Rudd, editorial director at Analytical Cannabis. Questions and responses have been edited for clarity.