Complete the form below and we will email you a PDF version of "Cannabis Flowers With “Mushroom-shaped Hairs” Pack the Most Cannabinoids, Study Finds" New research has reportedly confirmed what many cannabis cultivators have suspected for decades, that the largest cannabis flowers are the richest source of cannabinoids.

In a study published in the Plant Journal, researchers from the University of British Columbia (UBC) investigated the flower’s trichomes in extreme detail. Using laser-scanning microscope techniques and chemical profiling, the team found that the higher quantities of THC- and CBD-forming compounds were held in the larger “mushroom-shaped stalked” trichomes.

“Trichomes are the biochemical factories of the cannabis plant and this study is the foundation for understanding how they make and store their valuable products,” Teagen Quilichini, a postdoctoral fellow at UBC and co-lead author of the paper, said in a statement.

Trichomes are mainly found in the buds of female cannabis flowers. Among many chemicals, these glandular plant parts synthesize tetrahydrocannabinolic acid (THCA) and cannabidiolic acid (CBDA), which when heated are bioactivated into THC and CBD.

These biochemical factories come in three varieties based on shape – bulbous, sessile, and stalked – but their chemical difference has been largely unknown.

To learn more, the UBC team developed a new microscopic technique to get an up-close look at the different trichomes of the hemp type Finola.

They found that under ultraviolet light, the stalked trichomes emitted a bright blue colour, while the smaller sessile trichomes, which don’t have a stalk, emitted a red colour – a difference that can signal trichome maturity on flowers and inform optimal harvest times. 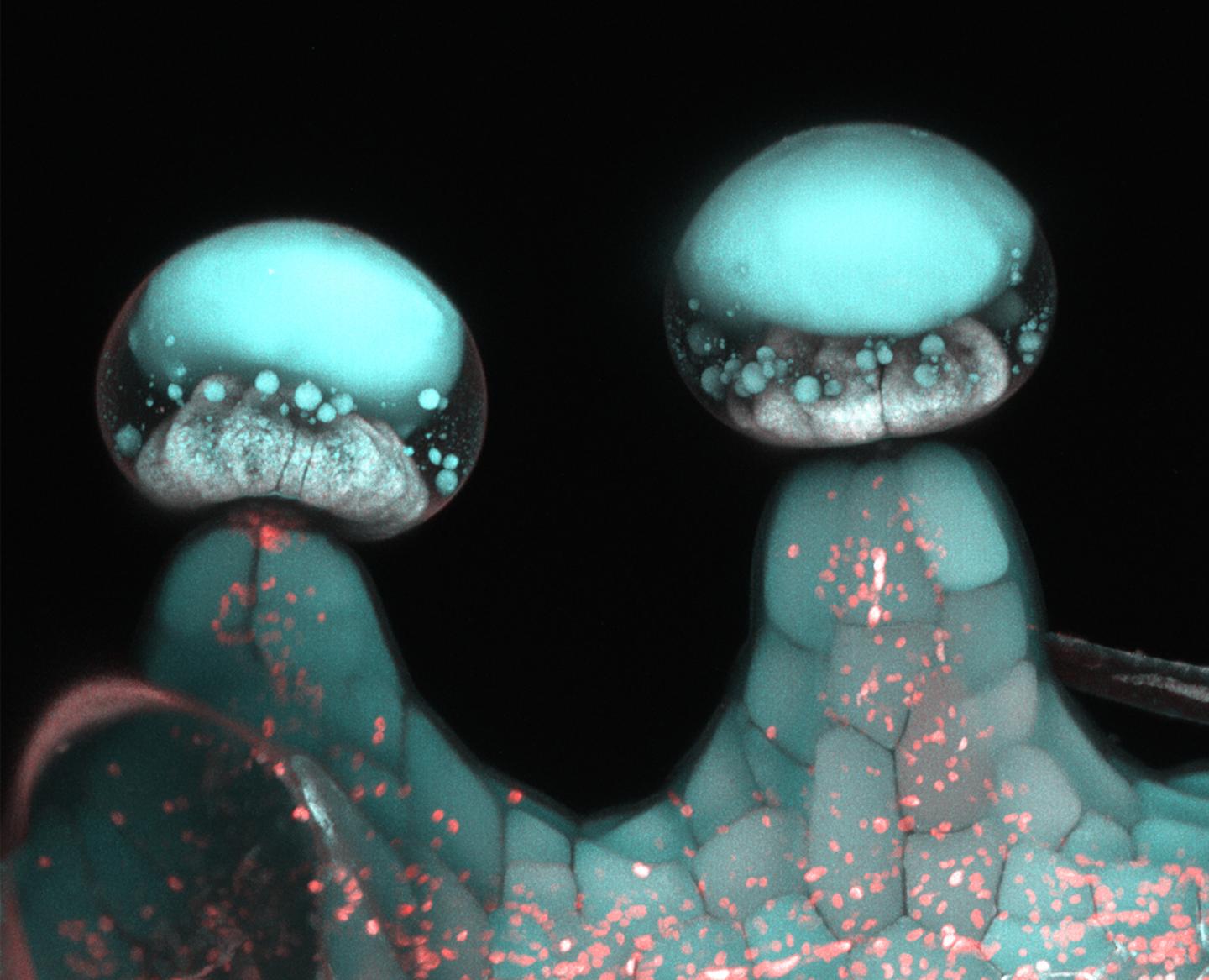 “We found that they grow from sessile-like precursors and undergo a dramatic shift during development that can be visualized using new microscopy tools,” said co-lead author Sam Livingston, a PhD candidate at UBC botany.

The technique also revealed how the stalked trichomes contain clusters of 12 to 16 secretory disc cells, which were smaller and fewer in number in the sessile trichomes.

By studying the DNA of the different trichomes, the UBC researchers also found that many of the genes in the stalked trichomes were producing CBDA and terpenes.

“We found a treasure trove of genes that support the production of cannabinoids and terpenes,” said principal investigator Anne Lacey Samuels, a botany professor at UBC.

Considered crucial to cannabis’ entourage effect, terpenes are a large and broad group of hydrocarbons produced by a variety of plants that act as chemical signals to insects and other animals.

“Terpenes are a mechanism that a plant uses to communicate with its environment,” Keith Allen, director of bioinformatics at Steep Hill laboratories, told Analytical Cannabis last September. But while repellent to cannabis’ six-legged pests, the molecules can have a much more beneficial effect in humans.

To follow up these terpene and trichome discoveries, the UBC researchers will investigate how trichomes export and store the metabolites they produce.

“Trichomes store the metabolites in their cell walls,” said Livingston. “And what's really astounding is that such high levels of product should be toxic to the cells, so we want to understand how they manage this.”

“With further investigation, this could be used to produce desirable traits like more productive marijuana strains or strains with specific cannabinoid and terpene profiles using molecular genetics and conventional breeding techniques.”