Can Magic Mushrooms Reach the Highs of the Cannabis Industry?

Complete the form below and we will email you a PDF version of "Can Magic Mushrooms Reach the Highs of the Cannabis Industry? "

The results of a recent vote in Denver, Colorado, have left the city poised to become the first region in the United States to effectively decriminalize psychedelic mushrooms.

After Colorado made history by voting to legalize cannabis in a similar fashion back in 2012, this most recent vote signals the opening of a new chapter in the city’s role as a bellwether of American drug policy.

What are “magic mushrooms?”

Psilocybin mushrooms, commonly nicknamed “magic mushrooms” or “shrooms” within the drug scene, is the collective name given to species of fungi that contains psilocybin, a naturally occurring compound that can have hallucinogenic effects when ingested. It is thought that there are more than 180 species of mushrooms that contain psilocybin, or a derivative of the compound. 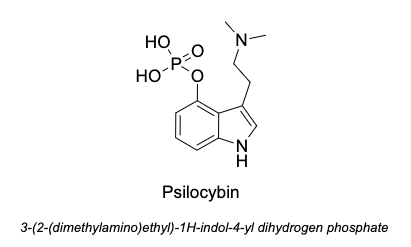 Psilocybin mushrooms became popular as a recreational drug in the West in the 1950s. But thousands of years prior, the fungi were being used as a part of spiritual and religious ritual ceremonies in parts of Central and South America.

The mushrooms’ psychedelic effects can vary from species to species and even in relation to their freshness or the season or location in which they were grown. But generally, people who take psilocybin mushrooms can expect to experience mild hallucinations and visual distortions, such as altered colors or sounds. Some people also experience episodes of giggling, high energy, and euphoria. But during a “bad trip” users may also experience feelings of paranoia, anxiety, nausea, and panic.

What is the argument for decriminalization?

In the United States, psilocybin and its derivative psilocyn are both classed as Schedule 1 substances under the federal Controlled Substances Act of 1970. Drugs belonging to Schedule 1 are thought to have “no currently accepted medical use and a high potential for abuse” according to the United States Drug Enforcement Administration.

However, a number of scientific researchers have already suggested that the compounds ought to be re-categorized as they don’t believe that psilocybin mushrooms accurately fit this criteria anymore. Studies in animals and humans have demonstrated that the mushrooms only represent a low potential for abuse and hold no real risk of developing a dependence or addiction to the mushrooms. The mushrooms also appear to have an extremely low potential for lethal overdose, and in general, the harm to society that they present is equally low.

Data from the 2017 Global Drug Survey found that psilocybin mushrooms are actually the safest of all recreational drugs, including alcohol; just 0.2 percent of over 12,000 people who reported using the mushrooms claimed they ever sought medical treatment as a result of their fungi use.

While no US agency recognizes the mushrooms as holding any significant therapeutic benefit, there is a scattering of studies in the medical literature that would indicate otherwise. Preclinical trials from the 1960s – before the passage of the Controlled Substances Act – linked psilocybin to positive therapeutic effects in patients with anxiety, obsessive compulsive disorder, and depression, as well as in those who suffer from frequent cluster headaches.

This forms the crux of the argument for Denver’s recent decriminalization: that psilocybin doesn’t pose the same level of health risks as other Schedule 1 drugs, or even the same level of risk as alcohol, and may even be of therapeutic benefit.

“As a Schedule I substance, simple possession [of psilocybin mushrooms] can lead to heavy fines, felony charges, incarceration, and other life-altering consequences,” writes the Denver Psilocybin Initiative on its campaign website in support of decriminalization. “No one should go to jail, lose their children, lose their job, and lose their citizen’s rights for using a mushroom. One arrest is too many for something with such low and manageable risks for most people, relative to its potential benefits.”

How will decriminalization work in Denver?

Last month, Denver put Initiative 301 (I-301) on the city-wide municipal election ballot paper, inviting the city’s residents to have a say on whether to decriminalize the use and possession of psilocybin mushrooms for adults over the age of 21 within the city and county of Denver. The ballot initiative passed by a narrow margin, just over 2000 votes.

It’s important to note that the vote doesn’t mean that Denver is legalizing the use of these mushrooms; they will remain illegal under both state and federal law. The exact wording of I-301 means that Denver will make the enforcement of anti-psilocybin measures “the city’s lowest law-enforcement priority.”

Additionally, the city will be prohibited from “spending resources to impose criminal penalties” on adults who are found to be using or in possession of psilocybin mushrooms. I-301 also calls for the establishment of a psilocybin mushroom policy review panel that will assess the effects of the policy put in place by I-301.

The city is not decriminalizing or deprioritizing enforcement against the sale and distribution of the mushrooms. These offenses will still carry criminal penalties.

The legacy of drug decriminalization

While there was no official opposition group to I-301, the passage of the ballot measure attracted some amount of criticism from opponents who believe that the measure will just lead to increased drug use, with no redeeming features.

“We’ll continue to fight the growing drug culture,” said Jeff Hunt, the director of the Centennial Institute at Colorado Christian University, following the vote. “Denver’s becoming the illicit drug capital of the world. The larger issue here is not good for our city.”

While Portugal was not the first country to introduce a form of drug decriminalization (Uruguay has never criminalized drug possession for personal use, though this policy first appeared in formal Uruguayan law in 1974), Portugal has arguably received the greatest amount of media attention and scrutiny since the European country elected to decriminalize the possession of personal use amounts of all drugs in 2001.

The 1980s brought Portugal a terrible drug abuse crisis that by 1999 had left nearly one in every hundred people struggling with heroin addiction. In 2001, desperate to find a solution to the country’s drug problem, Portuguese lawmakers decriminalized all drugs, replacing criminal penalties with small fines or referrals to addiction counseling services. Now, levels of drug use in Portugal are below the European average, drug-related cases of HIV infection have declined dramatically, and deaths due to drug use have fallen.

While the Denver ballot measure doesn’t include the same healthcare referral services, there is evidence that decriminalization could still bring benefits. A 2009 report from the libertarian Cato Institute concluded that drug decriminalization frees up resources that can then be channeled into other more positive avenues, such as drug education and treatment programs.

Will this start a new wave of drug policy reform?

The Denver ballot measure may not be the only time that Americans will be hearing about psilocybin mushroom decriminalization in the coming months. Activists in Oregon and California have announced that ballot measures are being prepared in both states that seek to change drug laws.

In Oregon, activists are seeking to make it legal for licensed therapists to administer the psychedelic mushrooms as a part of therapeutic treatment, as well as reducing the penalties associated with possessing the mushrooms.

In California, campaigners are seeking assistance from legislative figures to help craft a ballot initiative that would remove penalties for the cultivation, manufacture, extraction, distribution, and consumption of the mushrooms. Both initiatives will be included on the 2020 ballot in each state if enough supporting signatures can be collected in favor of the initiatives.